On the morning of June 12, 2016, I heard the news of the mass shooting in Orlando. Events were just starting to unfold as the late night began in the US; many questions were still unanswered as to what exactly was happening. I was having drinks with writer Marshall Moore at local gay bar Zoo when it was reported that 50 people were shot dead. Looking at Marshall, I could tell he was devastated by the news. We asked for another round of drinks. As the days moved onwards, I was checking the news and following the events on the victims and the murderer, as well as the horrific reactions by religious fundamentalists with their narrow-minded views on homosexuality. Shocking, frightening, and disturbing. In my studio, both glued to the news and videos, I actually froze from painting for the first while as I was trying to process what I should do. Should I paint something political? How do I even approach the painting? I wondered if I should create something more political, but eventually felt that was purely reactionary and decided to take the energy and channel it into the artwork. It was hard to process this as I approached the canvas. My hands were trembling as I was painting the first layers of paints, a combination of deep blues and dark reds. The lighter version was completed first; while the darker version came later. Note: Pulsation, the name of the series, is taken from the name of bar, PULSE, where the shootings took place. The Pulsation series is currently located in GALLERY BOX, ZURICH. Feel free to enquire with me for more information. 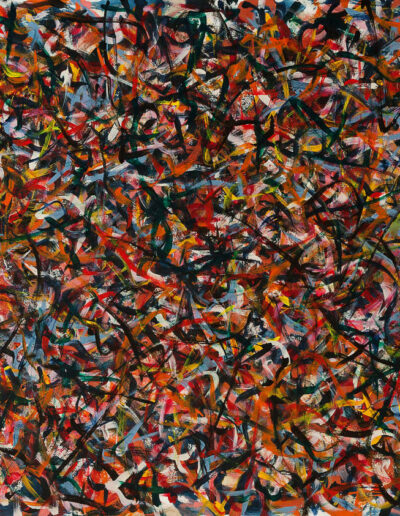 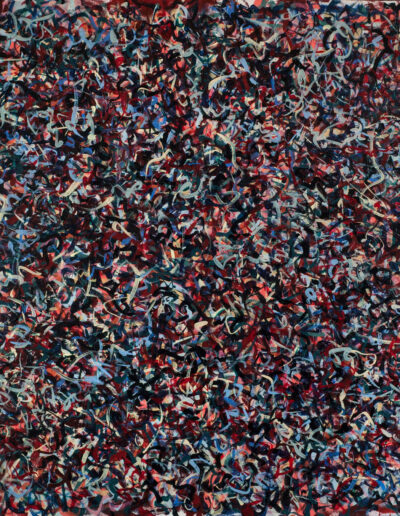 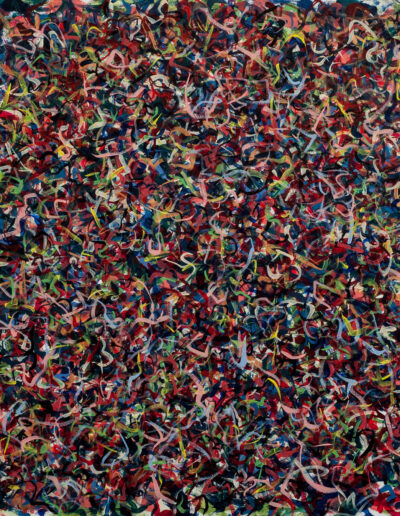 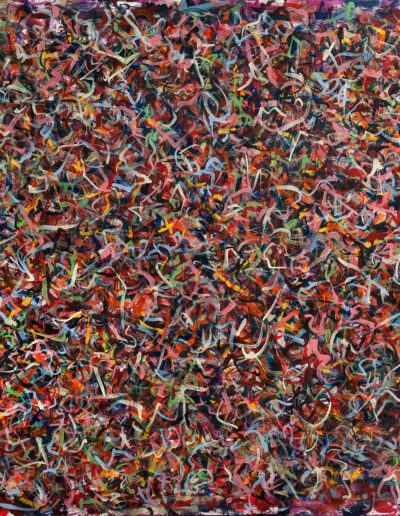 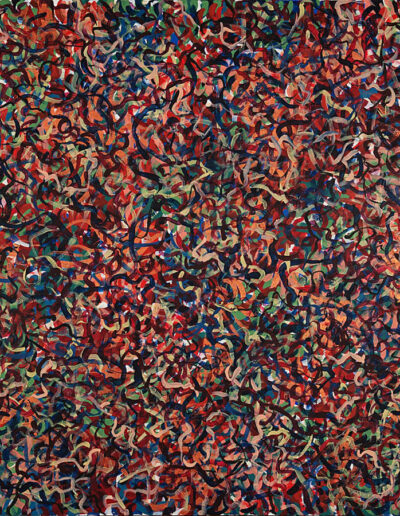