Fear of the White Canvas

Fear of the white canvas syndrome is something that has happened to me only a few times since I began painting. The first time was when I started painting in 1999. I had spent several month fixing up the new studio space in Sheung Wan and decided that it was time to get myself some canvas and begin painting. I remembered putting off the day and told my friend Gavin Tu about my strange anxiety. Just prior, I had organised an exhibition in the space by the late Thai artist Neung, who told me ‘Whatever you do, make the first brushstroke a powerful one!’

It was all very methodical. I had 3 extremely white canvases to experiment with and I was going to break the spell by subjecting myself to intoxication. I went out to the local Welcome and bought the cheapest red wine I could find. I think it was a Cabernet Sauvignon Blanc. Two bottles of them. I began by setting up my makeshift easel creating by wood ladders and some wood 1 x 2s and laid out my acrylics neatly on the side. Next to this was my bottles of wine and a single glass. I poured my first glass, then the second. I was ready to take action on canvas and squeezed the paint onto the plastic tray. In a short while, with music blaring away loudly in the background, I was swishing paint onto the canvas. I broke the spell lying on the floor in a drunken stupor.

The three canvases were filled with colours that didn’t make sense to me then left-brain dominated mind. Actually, neither hemispheres of the brain thought the artwork was good. I trashed all three paintings. There was a consolation though, which was the fact that I had broken the fear, the inhibition of the white canvas syndrome. It doesn’t fully make any sense to me why this is so.

But here is the thing. I experienced the same fear last night after a short 5 weeks of being away from the canvas. It was creeping up to me several days ago while I was preparing the canvas with house paint primer. I just thought the fear would go away on the weekend. I pulled out a small unfinished canvas that I had begun several months ago. I thought that was a good starting point, suggesting to myself that the work didn’t need to be special so I had the freedom to make a mess. As it turned out, I struggled to make marks that contained any meaning. I pulled back from the piece and looked at it with dismay. No, I didn’t want to resort to alcohol.
Pulling out my sketchbook, I proceeded to do some automatic drawings. It sort of helped… but I felt tense and horrible still. Not a good sign I thought.

Sampler page from ‘The Asian Male – 3.AM’ 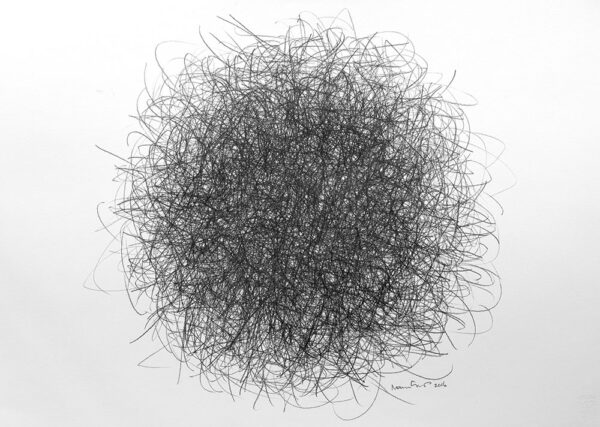 I retreat to the sofa and play my usual chillout music, Above & Beyond and some old Madonna. I was quite lost.

Eventually, under resigned duress, I decided to pull out one of my new canvases, one of the large ones measuring 4 x 4 feet. I grabbed a large paint brush and laid down strong bold strokes and felt an enormous sense of freedom that I was familiar with. The fear had lifted.
///

This site uses Akismet to reduce spam. Learn how your comment data is processed.